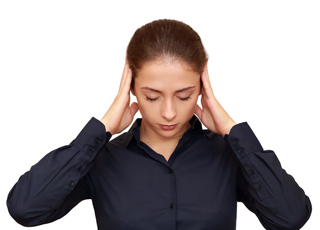 Creative Visualization is the cognitive process of purposefully generating visual mental imagery, with eyes open or closed, simulating or recreating visual perception, in order to maintain, inspect, and transform those images, consequently modifying their associated emotions or feelings, with intent to experience a subsequent beneficial physiological, psychological, or social effect, such as expediting the healing of wounds to the body, minimizing physical pain, alleviating psychological pain including anxiety, sadness, and low mood, improving self-esteem or self-confidence, and enhancing the capacity to cope when interacting with others.

The brain is capable of creating other types of mental imagery, in addition to visual images, simulating or recreating perceptual experience across all sensory modalities, including auditory imagery of sounds, gustatory imagery of tastes, olfactory imagery of smells, motor imagery of movements, and haptic imagery of touch, incorporating texture, temperature, and pressure.

Notwithstanding the ability to generate images across sensory modalities, the term Creative Visualization literally signifies the process by which a person generates and processes visual mental imagery specifically.

However, Creative Visualization is closely related, in principle and practice, and is often considered as one part of a technique called 'guided imagery', by which a trained practitioner or teacher helps a participant or patient to evoke and generate mental images that simulate or re-create the sensory perception of sights, sounds, tastes, smells, movements, and touch, as well as imaginative or mental content that the participating subject experiences as defying conventional sensory categories.

Nonetheless, visual and auditory mental images are reported as being the most frequently experienced by people ordinarily, in controlled experiments, and when participating in guided imagery, with visual images remaining the most extensively researched and documented in scientific literature.

All mental imagery, including the visual images generated through Creative Visualization, can precipitate or be associated with strong emotions or feelings.

The therapeutic application of Creative Visualization aims to educate the patient in altering mental imagery, which in turn contributes to emotional change. Specifically, the process facilitates the patient in replacing images that aggravate physical pain, exacerbate psychological pain, reaffirm debilitation, recollect and reconstruct distressing events, or intensify disturbing feelings such as hopelessness and anxiety, with imagery that emphasizes and precipitates physical comfort, cognitive clarity, and emotional equanimity. This process may be facilitated by a practitioner or teacher in person to an individual or a group. Alternatively, the participants or patients may follow guidance provided by a sound recording, video, or audiovisual media comprising spoken instruction that may be accompanied by music or sound.


The Stages of Creative Visualization

According to the computational theory of imagery, which is derived from experimental psychology, the process of Creative Visualization comprises four stages:

Stage 1 is 'Image Generation'. This involves generating mental imagery, from memory, from fantasy, or a combination of both.

Stage 2 is 'Image Maintenance'. This involves the intentional sustaining or maintaining of imagery, without which a mental image is subject to rapid decay, and does not remain for sufficient duration to proceed to the next stages.

Stage 3 is 'Image Inspection'. In this stage, once generated and maintained, a mental image is inspected and explored, elaborated in detail, and interpreted in relation to the participant. This often involves a scanning process, by which the participant directs attention across and around an image, simulating shifts in perceptual perspective.

Stage 4 is 'Image Transformation'. In this stage, the participant transforms, modifies, or alters the content of generated mental imagery, in such a way as to substitute images that provoke negative feelings, are indicative of suffering and exacerbate psychological pain, or that reaffirm disability or debilitation, for those that elicit positive emotion, and are suggestive of autonomy, ability to cope, and an increased degree of mental aptitude and physical ability.

In order for the participant to benefit from this staged process of Creative Visualization, he or she must be capable of or susceptible to absorption, which is an 'openness to absorbing and self-altering experiences'.

Consequently, in clinical practice, Creative Visualization is often provided as part of a multi-modal strategy that integrates other interventions, most commonly guided meditation or some form of meditative praxis, relaxation techniques, and meditation music or receptive music therapy, because those methods can increase the participant's or patient's capacity for or susceptibility to absorption, enhance control of attention, and replenish requisite cognitive resources, thereby increasing the potential efficacy of Creative Visualization.

Although, visual and auditory mental images are reported as being the most frequently experienced by people and even with visual images remaining the most extensively researched and documented in scientific literature, the term Creative Visualization is far less frequently used in scientific, peer-reviewed, and scholarly publications than the term 'guided imagery', which research authors use commonly both to indicate the generation, maintenance, inspection, and transformation of mental imagery across all modalities, and in referring to the processing of visual imagery exclusively and specifically. Also, some authors use the term Creative Visualization interchangeably with 'guided imagery'. Meanwhile, others refer to 'guided imagery' in a way to indicate that it includes Creative Visualization.

Furthermore, investigative, clinical, scientific, and academic authors frequently measure, analyze and discuss the effects of both Creative Visualization and 'guided imagery' collectively and inseparably from the other interventions with which they are commonly combined, including meditation music or receptive music therapy, relaxation, guided meditation or meditative praxis, and self-reflective diary-keeping or journaling, with the result that it is often difficult to attribute positive or negative outcomes to any one of the specific techniques.

Whilst acknowledging difficulties in distinguishing the results of Creative Visualization from the outcomes precipitated by accompanying combined interventions, it has been shown to make an effective contribution to therapeutic, rehabilitative, and educational benefits when employed as an adjunct to primary clinical and instructional strategies, including as a means to lower levels of stress, minimize the frequency, duration, and intensity of asthmatic episodes, control and manage pain, develop coping skills, improve ability to carry out demanding tasks in exacting situations, decrease the incidence of insomnia, abate feelings of anger, reduce occurrences of negative or irrational thinking, assuage anxiety, raise levels of optimism, enhance physical and mental aptitude, and increase general feeling of well-being and self-reported quality of life.

This page is reproduced under the terms of the Creative Commons Licence.