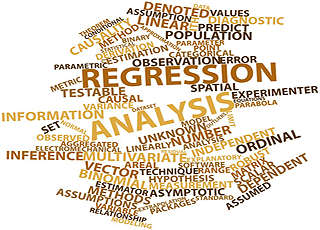 Age regression in therapy is also referred to as hypnotic age regression. This is a hypnosis technique utilized by hypnotherapists to help patients remember the perceptions and feelings caused by past events that have an effect on their present illness.

Hypnotic age regression occurs when a person is hypnotized and is instructed to recall a past event or regress to an earlier age. The patient may then proceed to recall or relive events in his life.

The purpose of hypnotic age regression is to reframe the negative feelings and perceptions of the past to facilitate progress towards the patient's goals. It allows patients to find the cause of their current blocks and eliminate their past traumas. When patients are hypnotized, they are in an altered state that allows for their subconscious mind to be accessed. The subconscious mind holds the behaviors and habits that people exhibit to protect them. These behaviors and habits are repeated until they are not necessary anymore. Hypnotic age regression allows for patients to reframe and purge their unnecessary behaviors.

There are three different levels of hypnosis; each level has a regression counter-part. Depending on the level of hypnosis and regression, the patient will be able to recall a past event as if it were occurring in the present. When utilizing hypnosis, a memory can be frozen and explored more in-depth.

The first level is a light level. It is often referred to as the hypnoidal level. The regression counterpart of this level is recall. This level is a mental level between sleeping and waking. Similar to the state when one begins to fall asleep at night or wakes up in the morning. Also it is similar to the state one enters during meditation. The mind is still aware of what is occurring, but one is much more relaxed and utilizing less logic. While in this level of regression, the patient is able to recall the event. The patient's memory will be extended compared to their memory when they are not hypnotized. A patient may be able to recall an event from their childhood around the age of 5. The patient will be able to recall more specific details of their memory since they are less distracted by the present. When one is not hypnotized, one is constantly distracted by what is occurring in the present, which weakens the ability to recall any past events. The ability to experience the memory may be very blurred in the recall level, but still is very enhanced if compared to the non-hypnotized state.

The next level of hypnosis is the medium level. This level is referred to as the pseudo regression level. While in this stage, the patient is in a very relaxed level of consciousness and is less aware of their body. During the pseudo level, the patient is able to focus on specific details of his memories. The experience for the patient in this level of regression is similar to watching a videotape of a past event. Oftentimes, they are able to see and feel the past experience. However, he is still very much aware of the present moment. The patient is simply primarily focused on viewing the past. In this stage, the patient has a lot of control. He could choose to spend more time on pleasant memories instead of unpleasant memories. Patients are even able to smell odors or hear sounds related to the specific regression. The patient possesses control of the entire regression experience in this level. After the regression is finished, the patient is still able to recall everything that he spoke of while hypnotized.

The third level of hypnosis is the deep level or somnambulistic. Somnambulism is a commonly utilized to describe sleepwalking, but in hypnosis, it is referred as the deepest level of hypnosis. This state is profound relaxation and is generally a hypnotherapist's goal with a patient. The regression counterpart of the deep level is revivification, which means to revive. During this level of hypnosis, a patient's voice and other characteristics may begin to change accordingly to the time that they are regressing too. Patients may even begin to use phrases that they have not used since they were of that age. There are experts that possess doubt in the validity of this phenomenon. They state that it is merely their imagination hypnotized at work, rather than an actual regression to that age and state of mind. In the deep level of hypnosis, patients are unable to recall all of the events that occurred during their regression, similar to a dream. The patient is able to recall certain details, but he feels the emotions as if he had just lived through the experience again. The fact that it is difficult for patients to recall the details of their regression in the deep level makes it difficult to fulfill the purpose of a regression. However, it is still an important level to reach during an age regression.

False memories are memories that seem as if they had happened, but did not in reality. These may be created at any time in everyday life. However, people are much more susceptible to suggestions that may create false memories during hypnosis. If the hypnotherapist does not lead or imply the patient, then false memories are not as likely to occur. Contrastingly, if a hypnotist implies that some event occurred that did not, then a false memory will exist. Some hypnotherapists argue that suggestions are a positive attribute during age regression. Arguing that they are merely suggesting a direction and seeing what the patient reveals from it.

Whether hypnotic age regression leads to more accurate earlier memories or if the memories are real at all is heavily debated. The question of whether people should utilize hypnosis to recall memories of early trauma is very controversial. A study by Dr. Joseph Green, professor at Ohio University, involved 48 students that were found to be highly susceptible to hypnosis. The group of 48 students was divided into two separate groups. 32 of the students were informed prior to the hypnosis that hypnosis could lead to false memories and could not help people remember events that they could not ordinarily remember. The other 16 students were not given any similar information. The students were asked about an uneventful night during their week, where they experienced uninterrupted sleep, uninfluenced by alcohol or drugs, and inability to recall dreams. While the students were placed under hypnosis, they were asked if they had heard a loud noise at 4 a.m. After hypnosis, the students were asked if they remembered hearing a loud noise at 4 a.m. 28% of the informed students and 44% of the uninformed students claimed that they had heard a loud noise at 4 a.m. Dr. Green found that the "warnings are helpful to some extent in discouraging pseudomemories, but did not prevent pseudomemories and did not reduce the confidence subjects had in those memories."