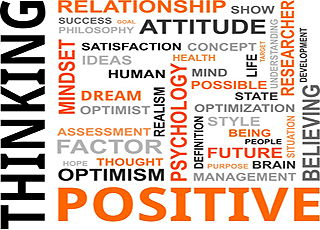 Autosuggestion is a psychological technique that was developed by apothecary Émile Coué at the beginning of the 20th century.

Coué graduated with a degree in pharmacology in 1876 and worked as an apothecary at Troyes from 1882 to 1910. When he began working at Troyes, he quickly discovered what later came to be known as the placebo effect. He became known for reassuring his clients by praising each remedy's efficiency and leaving a small positive notice with each given medication.

Coué noticed that in specific cases he could improve the efficiency of a given medicine by praising its effectiveness to the patient. He realized that those patients to whom he praised the medicine had a noticeable improvement when compared to patients to whom he said nothing. This began Coué exploration of the use of hypnosis and the power of the imagination. In 1901, he began to study under Ambroise-Auguste Liébeault and Hippolyte Bernheim, two leading exponents of hypnosis. After completing his tutelage, he began relying on hypnosis to treat patients.

The birth of autosuggestion

Coué discovered that subjects could not be hypnotized against their will and, more importantly, that the effects of hypnosis waned when the subjects regained consciousness. He thus eventually developed the Coué method, and released his first book, Self-Mastery Through Conscious Autosuggestion (published in 1920 in England and two years later in the United States). He described the Coué method as

... an instrument that we possess at birth, and with which we play unconsciously all our life, as a baby plays with its rattle. It is however a dangerous instrument; it can wound or even kill you if you handle it imprudently and unconsciously. It can on the contrary save your life when you know how to employ it consciously.

Coué still believed in the effects of medication, but he also believed that our mental state was able to affect and even amplify the action of these medications. He observed that his patients who used his mantra-like conscious suggestion, "Every day, in every way, I'm getting better and better", (French: Tous les jours à tous points de vue je vais de mieux en mieux), replacing their "thought of illness" with a new "thought of cure," could augment their medication plan. According to Coué, repeating words or images enough times causes the "subconscious" to absorb them. In contrast to Coué's opinion, Shultz, believed autogenic training was a method for influencing one's autonomic nervous system, not the so-called "subconscious."

The Coué method centers on a routine repetition of this particular expression according to a specified ritual, in a given physical state, and in the absence of any sort of allied mental imagery, at the beginning and at the end of each day. Unlike a commonly held belief that a strong conscious constitutes the best path to success, Coué maintained that curing some of our troubles requires a change in our subconscious/unconscious thought, which can only be achieved by using our imagination. Although stressing that he was not primarily a healer but one who taught others to heal themselves, Coué claimed to have effected organic changes through autosuggestion.

Coué thus developed a method which relied on the belief that any idea exclusively occupying the mind turns into reality, although only to the extent that the idea is within the realm of possibility. For instance, a person without hands will not be able to make them grow back. However, if a person firmly believes that his or her asthma is disappearing, then this may actually happen, as far as the body is actually able to physically overcome or control the illness. On the other hand, thinking negatively about the illness (ex. "I am not feeling well") will encourage both mind and body to accept this thought.

Coué observed that the main obstacle to autosuggestion was willpower. For the method to work, the patient must refrain from making any independent judgement, meaning that he must not let his will impose its own views on positive ideas. Everything must thus be done to ensure that the positive "autosuggestive" idea is consciously accepted by the patient, otherwise one may end up getting the opposite effect of what is desired.

Coué noted that young children always applied his method perfectly, as they lacked the willpower that remained present among adults. When he instructed a child by saying "clasp your hands" and you can't the child would thus immediately follow.

Coué believed a patient's problems were likely to increase if his willpower and imagination (or mental ideas) opposed each other, something Coué referred to as "self-conflict". As the conflict intensifies, so does the problem i.e., the more the patient tries to sleep, the more he becomes awake. The patient must thus abandon his willpower and instead put more focus on his imaginative power in order to fully succeed with his cure.

With his method, which Coué once called his "trick", patients of all sorts would come to visit him. The list of ailments included kidney problems, diabetes, memory loss, stammering, weakness, atrophy and all sorts of physical and mental illnesses. According to one of his journal entries (1916), he apparently cured a patient of a uterus prolapse as well as "violent pains in the head" (migraine).

In the early 20th century, Émile Coué used autosuggestion to cure patients; his work is evidence to support the existence of autosuggestion and the power of the human mind.

How to Practice Suggestion and Autosuggestion

My Method: Including American Impressions

Self Mastery Through Conscious Autosuggestion (Read)